1983 was a big year. I graduated from college, got engaged and took my first youth pastor position. Irvine First assembly was a young church with a young pastor named Rick Petersen there were very few kids in church and no youth group to speak. We spent the next months meeting kids and inviting them to church. I hung out at Irvine High School and eventually met a number of ethnically diverse kids and invited them to become a part of our youth group. One of those boys, Freddy Cortez, became an integral part of the youth group. He was the oldest of the kids (now 51, YIKES!) And drove a low lying White Honda with lights around the license plate that flashed. Over the years I’ve kept up with Freddy who is now a pastor and works with the Filipino community. He stopped by this morning to encourage me. He has recently recovered from a stroke himself. It was great to see him and now he completes the circle of having someone from every youth group that I ever was a part of. 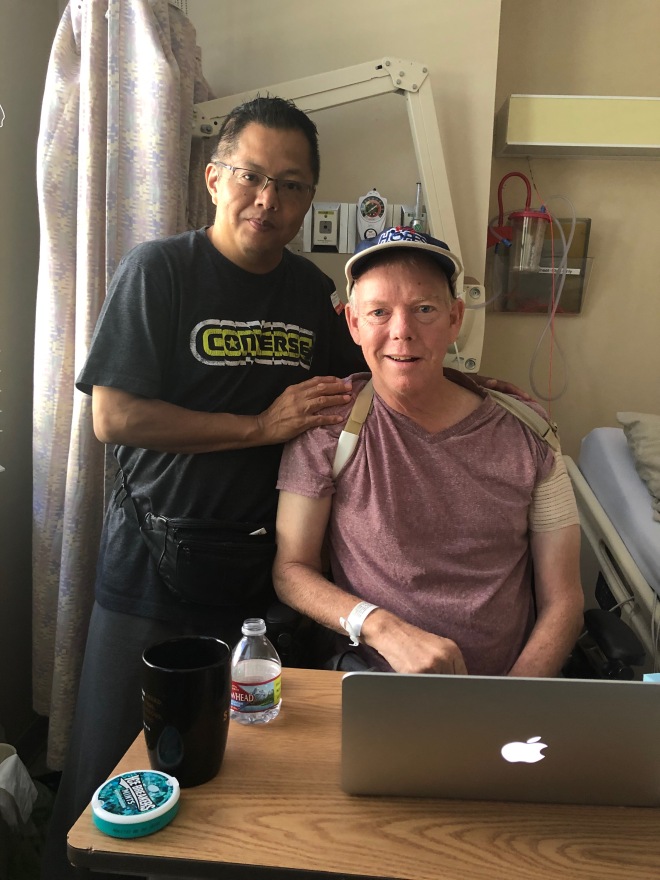